Photovoltaics can convert light energy directly into electrical current. The ever-changing advances of PVs use an array of materials and processing technologies to improve conversion efficiencies, reduce costs, or both. Moving from single-crystal technologies to polycrystalline ceramics is being explored to improve PVs. Solar power systems that use concentrating lenses and mirrors need ceramics to handle the temperatures and precision required. CeraNova’s optical ceramics may provide an advantage in allowing selective energy bands to be concentrated and improve the PV system’s efficiency. 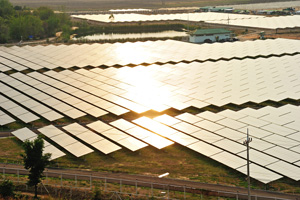 Concentrated solar power is achieved by the use of solar collectors directing large areas of the sun’s energy to small precise targets. The collectors often consist of a solid or gas that is heated to extreme temperatures allowing the heat to be extracted for different energy needs. As the temperature requirements increase, solid materials for the containment of gaseous phases requires thermal and chemical resistant (and sometimes optical) properties that can only be provided by ceramics.

One of the areas being explored to advance the performance of lithium ion batteries is through the use of ceramic oxide electrolytes. Solid electrolytes have some advantages over their polymer counterparts including simpler designs and safer operation. Lithium-beta alumina has been shown to possess very high Li-ion conductivity and is thus a potential candidate as an electrolyte in Li-ion batteries. It may be possible to extend CeraNova’s proprietary processes for manufacturing nanostructured ceramics to other forms of alumina which could in turn offer potential benefits for advanced lithium ion batteries. 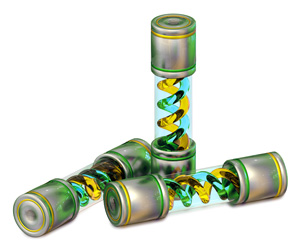 Fuel cells convert chemical energy from a fuel (usually hydrogen) into electricity through a chemical reaction with oxygen. Fuel cells differ from batteries since they continuously require fuel and oxygen to produce an electromotive force (emf) and electricity. Fuel cells are currently used as backup power sources for buildings. In an increasing number of applications, fuel cells are powering vehicles for everyday transportation, for indoor industrial vehicles, and military equipment and vessels.